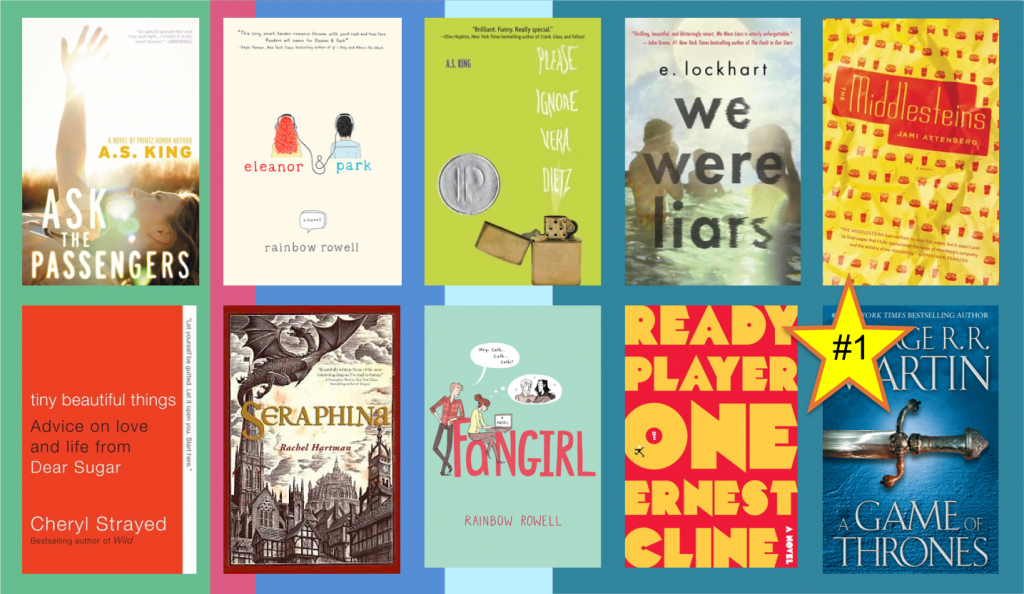 But I’m afraid I cannot force myself to entertain any of those reasons at the moment. You see, I am about 200 pages away from finishing Clash of Kings for the second time this year. I also read and re-read A Game of Thrones and Storm of Swords. That is thousands of pages spent in Westeros. Hours and hours of audiobooks. Days of my life, devoted to the pursuit of reading…. epic fantasy.

Do I need to give you a summary of A Game of Thrones at this point? Haven’t you all watched the show? Hasn’t every person on the planet read all five books and are therefore in the position to spoil me at any given moment? These books were published in the mid 90s, when I was a child. I didn’t start reading these until the third season of the show was well underway. I am the absolute last person on the boat. I understand.

Just in case you are still unsullied, here’s the best I can do. The time: roughly medieval. The place: Westeros, a continent comprising seven kingdoms, ruled by one king. For centuries, royalty belonged to House Targaryen – a family who once held the throne with dragons, but lately are prone to strategic inbreeding and periodic madness. When a Targaryen king goes completely nuts, the lesser houses rise up in rebellion and seize the throne. Westeros has returned to peace.

But it’s an uneasy peace.

That is all boring politics, I know. I promise, it will get interesting if you read. How can I woo you into reading this book? Well, let me introduce you to the Starks. House Stark controls the Northern parts of Westeros – you know, the woodsy, primitive parts of the continent that nobody ever wants to visit. Consider it the UP of Westeros, if you are from Michigan. After he usurps the crown from King Crazy for his bestie Robert, Ned Stark – a stoic, righteous Northman – returns to his city of Winterfell and has a slew of kids… and one bastard. This Stark family and their crazy kids: they are what A Song of Ice and Fire is all about. At least for me. Robb, Jon, Sansa, Arya, Bran, and Rickon. They are the privileged children of an influential Lord and Lady power couple. Unlike many children in the realm, they do not want for food, comfort, or education. Sure, Lady Stark kind of hates poor bastard Jon Snow’s guts, but he’s got career plans – he’s heading north, to serve as a brother of the Night’s Watch, patrolling the giant ice wall that keeps all sorts of nasty beasts away from Westeros proper. They have a lovely, happy life in Winterfell. They even have giant wolfs for pets! But King Robert calls their Dad down to King’s Landing… and all hell breaks loose.

I’m feeling a bit at a loss of how to talk about Game of Thrones, guys. I imagine this is how lots of people felt when they read Harry Potter for the first time. A pull. A thrill. A quickening. It’s something about the world and the characters and the way everything gets turned on its head every few chapters. You just know you have to see them through, these Starks. You have to be there when the crown is finally secured.

When peace is restored to Westeros.

Or when every single character you’ve ever loved dies. Because that is an actual possibility.

There are reasons not to like this series. Martin’s storytelling is pretty boss, but his writing is not great. His portrayal of women is sometimes gross. His books are thousands of pages long. But there are are also reasons to enjoy it. I talked about some of them in my review of Susan Cokal’s Kingdom of Little Wounds. I talk about others with… oh… all of my friends. Any time I see them. After, of course, I convince them to read the books or watch the show. There are more, for certain, reasons why this particular series is still on the pop cultural radar, almost twenty years after it began. But for me, all that adds up to the unexplainable lure of fantasy. Unexplainable because I am, at 28-years-old, a hopeless noob. I don’t get it. But I feel it. I feel it bad for all these Starks.

I have read A Game of Thrones, A Clash of Kings, and A Storm of Swords twice since June 2013.

It’s a fixation. It’s a problem.

At this point, it’s a lifestyle.

Thank you for enduring this marathon of book posting! If you missed a day, check here!