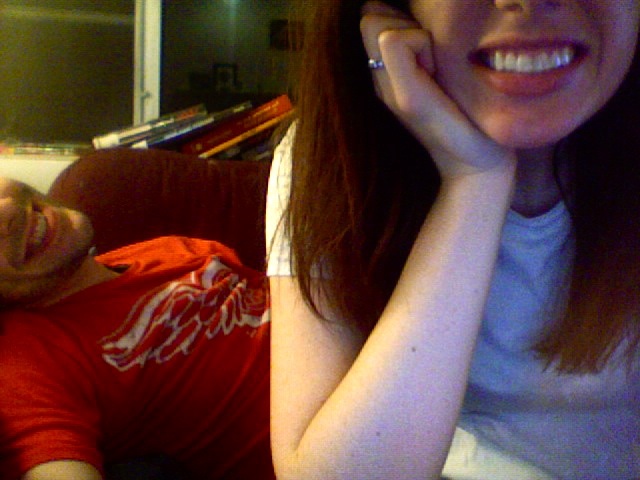 When we met, I was having a wild ride of a first semester. The summer before school was a bit cruel to me, especially the part where my boyfriend of two years and I broke up. I was a bit wounded and a bit cautious, but also single for the first time in two years. And they were an important two years, sixteen to eighteen, years when I finally shed some of that young teen awkwardness, learned how to manage my hair, and some of the boys finally hit six feet. The world looked different on the other side of that relationship, and between August and December, I kissed more boys than I’d ever kissed in my life.

But I didn’t pick anyone. I dated a handful of boys who wanted very badly to be picked, and although I gave them some time and attention, I wouldn’t pick them. I tried not to string anyone along, but some of these boys got upset; I was so generally awesome (ha) and down for kissing, so why wouldn’t I just be their girlfriend already?

Most guys assumed I was still damaged from my big break-up, or just not interested in settling down. One, in particular, didn’t want to take no for an answer. He was upset, felt strung along, despite everything I’d tried to do to keep it casual. You want a boyfriend? he asked, and I said I did. Then why not me? he asked, and I didn’t have an answer. He made me cry over it, but apologized a few days later. I figured it out he said, and I asked him to enlighten me. You don’t want *a* boyfriend, you want THE Boyfriend.
This was an epiphany to him, a simple truth to me. At the time I couldn’t pinpoint the particular qualities I was looking for in a mate, but I knew it when I felt it: I could tell the difference between *a* boyfriend and THE boyfriend. And unlike many of my closest friends, I had startlingly little tolerance for maintaining relationships with people who I didn’t admire, or where the power felt off-balance. It was right or it was wrong. If you weren’t THE boyfriend, then you would know it. 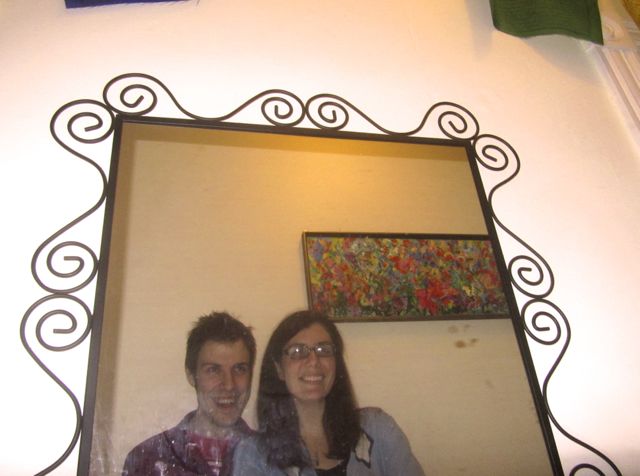 Three weeks later I met you. The Boyfriend. And nine years later, we are in premarital counseling.
Getting married is a strange prospect for two people who have been so close for so long, as you well know. I tried to explain this to you last night over dinner, but I feel like the good food and great wine was probably clouding my ideas, but when you’ve been dating for as long as we have, marriage feels like the least important thing. Your friends and family have been encouraging you to tie the knot for years. You’ve already survived college, a long distance relationship, a cross-country move, and three years of cohabitation and seem to still like each other. One of the first times I spoke to a grad school friend of mine she asked how long we’d been dating, and when I told her almost six years, her jaw dropped a little and she said, “That’s a *marriage*!” 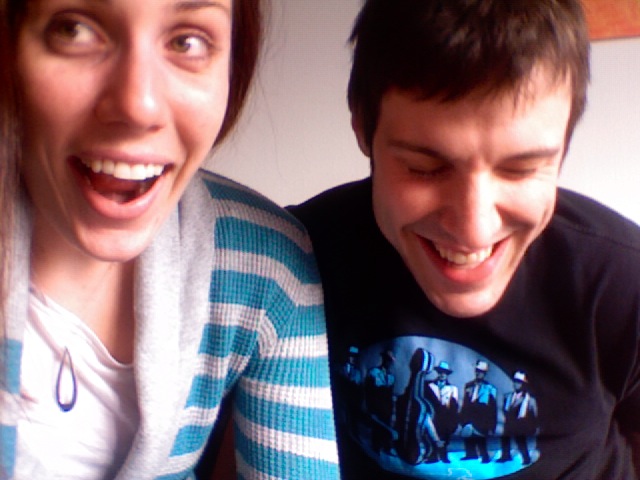 Four years ago, one of your family members said to me “I’m just going to call you his fiancee, okay? We’re de facto married. Getting actual-married? Not a big deal.

But then we sit in premarital counseling together, talking to a Pastor we don’t know particularly well about why we want to get married in a church, how we split up duties, what we do when we argue, and it suddenly seems important. Mind-blowingly, life-changingly important. The person you tether yourself to for life. I’ve been a reluctant wedding planner because I’ve been under a lot of stress in the past year, but also because every small decision gives me heart palpitations. This is the ACTUAL dress I will ACTUALLY wear at my ACTUAL wedding. The ACTUAL invitations I will send to ACTUAL people who will come to my ACTUAL wedding. It is sudden, and intense, and real.

I’ve been thinking about marrying you for nine years, but now that I am marrying you, it seems like the biggest decision I have ever made. 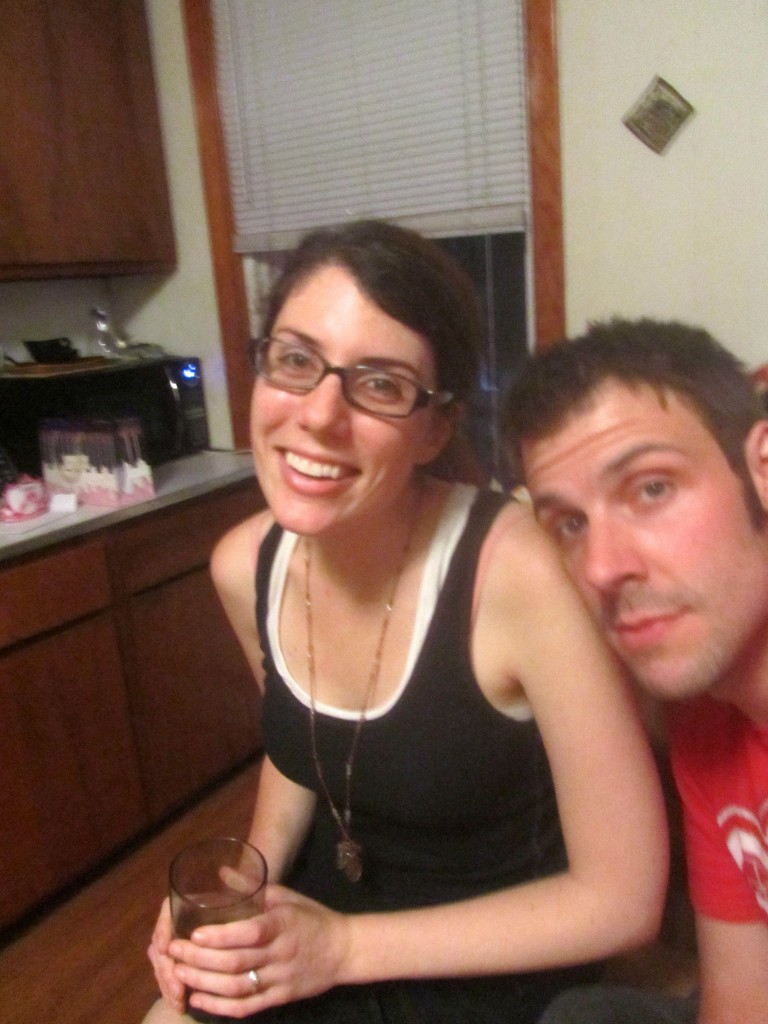 Luckily, it was also the easiest. Nine years ago I met you. I kissed you. I invited you into my life in a way that I didn’t for those other boys because you weren’t *a* boyfriend, you were THE Boyfriend. The decision made itself, and maybe I’ve been lucky in this way, but I’ve never regretted it for a second. You have grown and changed in nine years, but you have always been the person I fell in love with, the person worth blowing my mind, changing my life over.

Three weeks after we met, I wrote this about you:

“Right now, I’ve found an interest. I don’t know what we have, but that’s what I like about it.”

Nine years later, I know what we have – something big and life-changing and the most important and the least important thing. A de facto marriage, an actual marriage. I still like it. I still like you. Thanks for enjoying this wild ride of a year, of a life, by my side. 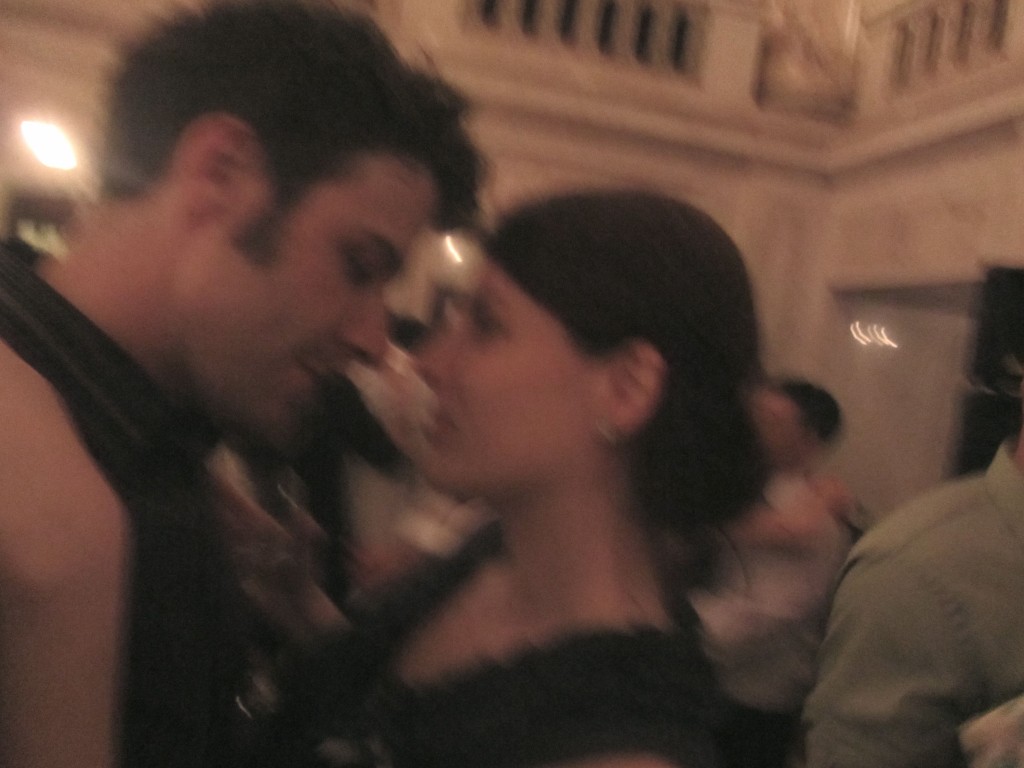