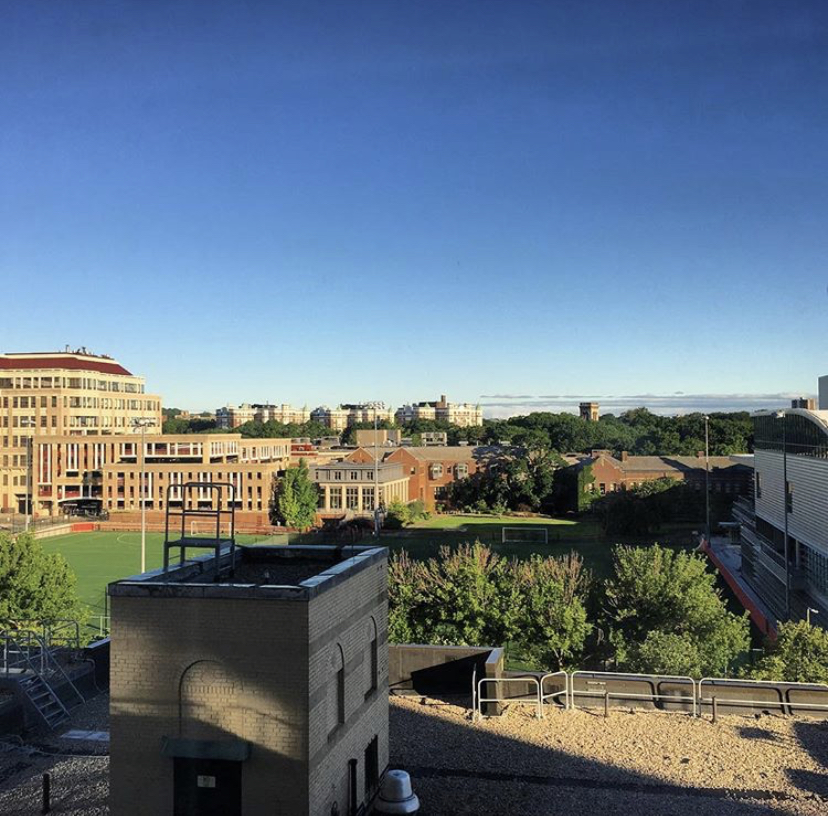 In my limited, single-birth experience, I can see some benefits to labor beginning with your water breaking.

1) It makes for a good story! “And then my water broke!” Sploosh!

2) It’s a pretty hard to argue with. There’s none of that “hmmm, was that a contraction? Am I in labor? Should I call the doctor?” stuff. You are leaking mysterious fluids, therefore it’s time to have a baby

3) Supposedly your contractions are more intense once your water breaks. I wasn’t allowed that particular frame of reference, so I was spared one mental setback during what would become a long and fairly arduous process.

Regardless of all that, I – in my nightgown, leaking pink liquid at 38 weeks pregnant when e.v.e.r.y.b.o.d.y. told me I would go until 41 – was extremely pissed.

Because I wanted a low-intervention, epidural and C-section free birth… and I was GBS positive.

I had just received the test results a few days before. My OB was so chill about it. GBS is very common! So not a big deal. You’ll need a round of IV antibiotics at least four hours before you deliver. Don’t worry!

The only thing else you need to know, she said, is that if your water breaks when you are at home, you’ll have to come into the hospital right away. Since you and the baby will be at a higher risk of infection.

“But that really rarely happens.” she says.

I started stomping around the house. I also put regular clothes back on, did my best to pack a hospital bag (which, up until that point, was empty except for a box of Cheez-its and some granola bars), and considered not calling anyone at all for even just a few hours. But my Upholder nature got the best of me. I called the nurse line (“Oh, you’re GBS positive? Then yes, come in right away. Well, you don’t have to drop everything and run to the hospital, but yes, come now”) I called my annoying husband a half dozen times before he picked up. My supervisor had her first baby the year before and she was 10 days early and I was horrified. Now I was even earlier?? How was this even possible??!

My husband barged into the apartment maybe 20 minutes later, sweaty and panting.

“Did you just run all the way here?”

“Please calm down and go take a shower,” I said. I very distinctly remember using my nicest, most polite tone of voice.

I gathered up more stuff – how convenient that surly Jessica brought over ALL of the baby clothes from our other apartment! – washed the dishes in the sink, and left our cat a small mountain of food. I helped my husband pack his bag. I grabbed a half-full pint of Ben & Jerry’s from the freezer and my giant, tall-person sized birth ball and we got in the car.

I sat on a bath towel and ate ice cream while we drove through completely reasonable Boston traffic. It was a Thursday night after 9 p.m. We remembered where to park our car in the garage and which elevator to take up to labor and delivery. We had a short wait in reception, where I proceeded to leak amniotic fluid under my dress and down my leg. The receptionist asked if I was wearing a pad. Yes. Yes I was. No, it clearly isn’t doing the job. She reached into her desk drawer and pulled out one of those notorious industrial strength, mini-diaper sized pads and pointed me toward the bathroom.

In triage, a midwife interrogated and swabbed me to confirm that yes, my water had indeed broken. How was I feeling? “I don’t want to be here,” I said. I wanted to be at home, laboring for hours in my own space. I wanted to be sitting in triage moaning and dilated, not kicking my heels and chatting casually about what birth classes I had taken.

At one point, the midwife asked me what my plans for pain medication were. “I was hoping not to use any,” I said. There’s really not a casual, polite way to say, “Coming through! Watch out! Crunchy, Ina-May-reading ‘natural birth’ lady here at your Large Urban House of Cascading Interventions!”

The midwife’s response? “Okay. Sure. You certainly can try laboring for a while and see how it goes.”

While I silently seethed over my medical professional’s subtle but blatant dismissal of my deeply held birthing desires (“you can tryyyy laboring,” she said, like she’d met so many women who thought they might just give it a whirl but, oh, ow, it hurts! Where’s my epidural? She’d clearly never met me!)  baby passed the mandatory intake monitoring (Thanks Ben! Thanks Jerry!), and – with some concerning delay – the “are you still head down in there?” ultrasound. At one point, the ultrasound-wand-wielder uttered the sentence “I can’t find the head;” something no mother ever wants to hear said about her child, born or unborn. They did find the head, eventually; it was much lower than was conveniently ultrasounded. I took that as a good sign.

And then there was the million dollar question: are you having any contractions? Well, maybe. One or two? I’d felt a little something as I waddled from home to hospital, leaking all the way. Maybe a little bitty baby contraction? I don’t know. I was hopeful, but nobody seemed terribly impressed.

At that point, the midwife gave me my options: start an induction or wait and see. Here it was. The Cascade of Interventions. I was supposed to sink my heels into the stand, hold firm to my priorities, and insist that we wait for as long as possible. “I want to wait at least a few hours,” I said, nervously. “See what happens.” That was totally fine, she said; she was comfortable waiting up to 12 hours as long as I got my regular antibiotic drips and sat on the monitors intermittently. “At least a few hours,” I said.

So we waited… but there wasn’t exactly a *place* for us to wait, necessarily. It was a busy evening in L&D. We hung out in triage for a while, eavesdropping on another patient who arrived in an ambulance but also without any sort of imminent labor. We were eventually relocated to a “recovery room:” one of a few curtained-off beds where, we deduced, C-section mamas could recover from surgery while bonding with their babes. We eavesdropped on a different patient who was similarly displaced – she wasn’t full term yet, and hopefully she wasn’t in labor until BAM, her water broke and then she was out of there.

We waited. And waited. And waited. It was the middle of the night and I didn’t know if I should be trying to sleep or walking like a mad person. I did some of each, but mostly walked. Dressed in two hospital gowns and a pair of socks, I lumbered up and down the extraordinarily short L&D hallway. The delivery rooms (all full, no room for me); the nurse’s station; the recovery rooms; triage. Triage; the recovery rooms; the nurses’s station; the delivery rooms. I clutched my iPhone and I listened to birth stories on my headphones – The Birth Hour podcast and Anna Solomon and Eleanor Henderson’s Labor Day on audio.

Waiting “a few hours” stretched into the entire night. I think the midwife checked in on me once, and I reported back to my bed periodically for monitoring and more antibiotics. I wanted not to be intervened with, wanted to be left alone: L&D was so busy and I was so low maintenance, that I seemed to be getting my wish. At some point, I downloaded an app and started timing my “contractions;” I had a few that stopped me in my wandering tracks, left me doing some moderate writhing while I was lying in bed on the monitor, but nothing more than 7 minutes apart.

In the meantime, my deadbeat annoying husband became my poor, dead-tired husband. He stayed in my curtained off room, curled into a ball, uncomfortably wedged in between two standard-issue, non-comfy chairs. I tried to convince him to take my unoccupied hospital bed, but he declined.

We were finally granted a delivery room in the early hours of the morning. Quiet and privacy allowed us both a short sleep before two midwives entered the room.

“It’s been 12 hours,” said the first midwife. “I get to go home, so I am handing your care off to this new midwife. Also, it’s time to talk induction. We can try Cytotec or go right to Pitocin. Your choice.”

I hemmed. I hawed. I texted my midwife-in-training sister. I knew the basic pros and cons. Cytotec: it’s a pill, so if it works to induce labor I could just… be in labor. No more interventions. There is, however, a risk of uterine hyperstimulation – mega contractions. This could be massively painful, hard on the baby, and lead to further interventions; and it’s a pill, so you can’t “dial it back.” Pitocin, on the other hand, is an IV drip that can be adjusted. But… it’s an IV drip: I’d be tethered to an IV pole for the duration… and also the fetal monitor. I wanted to avoid monitoring and I wanted to be mobile. I decided the risk of adverse Cytotec side effects would be worth avoiding further interventions.

My new midwife returned, alone. I told her I was leaning toward the Cytotec, but was a Foley Bulb an option? She said it was! (Why, then, was it not provided to me as… an option? Who the heck knows…) Let’s see how your cervix is doing, though.

From what I’d gathered in my years of anticipatory birth research/obsession, the data gathered from cervical checks were questionable at best. If you weren’t progressing, then disappointment could compound with pain and lead to the dreaded epidural. Also: ouch. Being GBS positive with ruptured membranes, my cervical checks were to be kept to a minimum, which was completely fine by me. So this was my first ever cervical check, 12+ hours into my “labor.”

“Good news!” the new midwife said after she emerged from my… vagina. “You’re two centimeters dilated.”

“Yay!” My husband and I cheered.

“That means we can’t do Cytotec OR a Foley Bulb! It’s time to move right to Pitocin!” 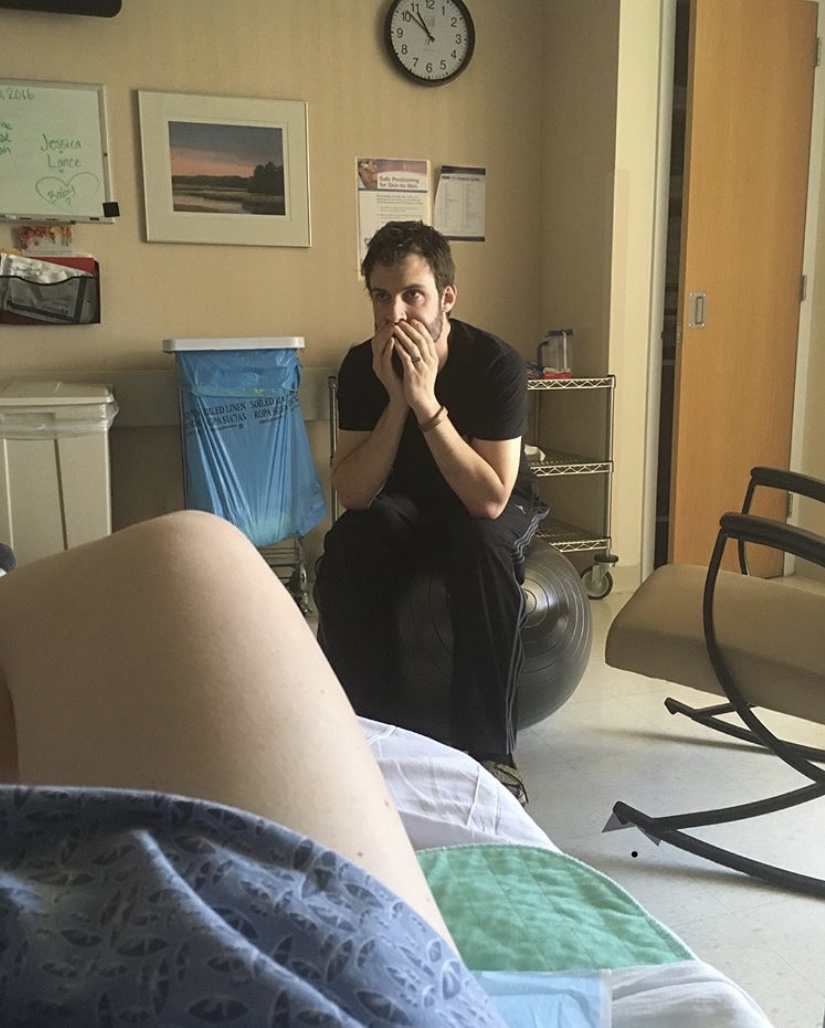 Thus began the second, more medicated portion of my Mostly Boring Labor. Or “labor,” as my now- midwife sister would say, because you aren’t actually in labor until you are at like 4 centimeters or something highly specific. I don’t know. I was in a delivery room wearing a hospital gown walking around attached to an IV pole, so it felt like I was in labor.

But it was boring. I asked for a “slow” induction, so it was still another 3-4 hours before I started feeling significant contractions. Highlights from this boring pre-labor labor:

All told, it was a pretty boring day. Midwife #2 popped in at one point to check on me – “It’s been so busy!” she said. “I wish I could just stay in here with you guys!” I wasn’t sure if I should feel proud or insulted. At some point, however, I stopped feeling like I was killing time. Instead, I felt like I was in a great deal of pain. It seemed the dreaded Pitocin was working. I’d also been at the hospital for nearly 24 hours – mostly awake for the last 36 – so I was also feeling a great deal of exhaustion.

Pain. Exhaustion. The stuff of most Birth Stories. More to come, including: a baby!