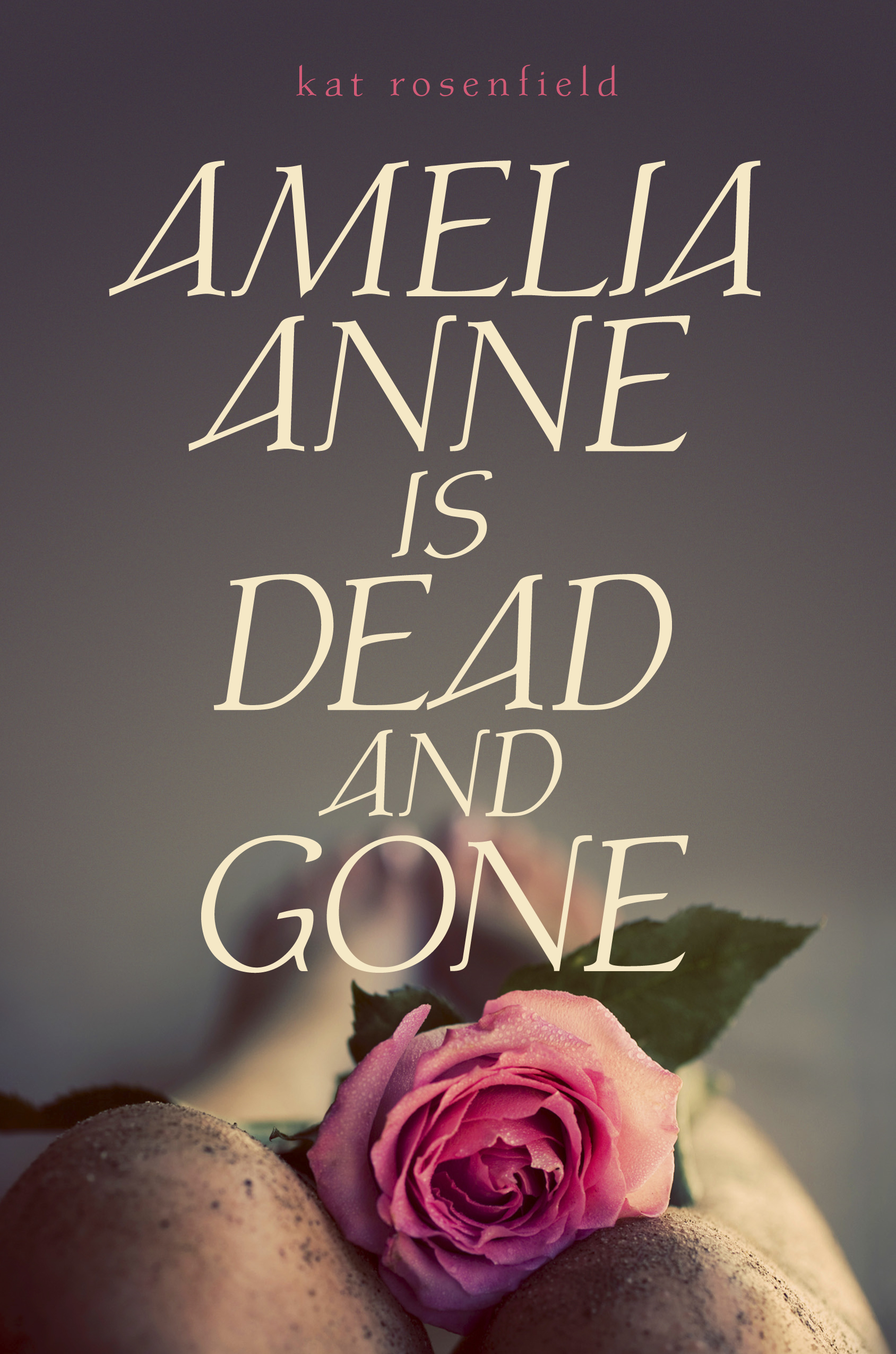 Earlier this year, I had a short conversation about my YA reading preferences with a children’s-literature-professional-someone. After a few “yes, I loved that”s and “no, that’s not really my thing”s, she had me pegged. “So you like gritty, huh?”

I think I probably said, “ehh sure i dunno ah i guess” or something similarly professional. I like fluffy, girly romances. I like smart books with a sense of humor. I do not like YA books about murders or child abuse or domestic violence or regular violence or divorce. I do not like gritty.

Except for when I love books about drug addicts and eating disorders and prostitution and whups, I guess I like gritty.

Kat Rosenfeld’s Amelia Anne is Dead and Gone is a gritty murder book after my own heart. It begins with one of those ominous beginnings – I don’t have the book handy, but something like “A girl (whose body would be found on the side of the road by small town cops) died not too far away from me while I was doing XYZ, can you believe that?” Spooky, creepy etc. But the XYZ, for Becca, is having uninspired sex with her boyfriend in the back of his pickup truck the night of her high school graduation, and then getting dumped before what was to be their last summer. Now you got me.

Rosenfeld’s debut novel is equally split between Amelia and Becca. Becca is a smart girl in a small town in rural Massachusetts, counting down the days until she can escape to college. But yes, she’s in love, with James – one of those boys who has a sad story to tell, who needs a little fixing. But when Amelia’s body is found and James changes his tune on their relationship, Becca’s grip is rattled – she drinks too much, gets sucked into the small-town Whodunnit drama, and starts to second-guess her decision to leave town.

Many reviews have called Rosenfeld’s language “lush” and “vibrant,” and I would have to agree – this is a book that takes language seriously. The evocative descriptions of Becca’s hometown capture both the visceral details of the setting and the stories that create small-town mythology so essential to understanding the town’s inhabitants. With language and form, Rosenfeld allows Bridgeton to become a character.

That being said, after 200 pages of “lush” and “vibrant,” I, personally, begin to skim sentences, and adjectives such as “flowery” and “overwritten” come to mind. However, this could just have been my body fighting with my brain, wanting to read faster to more quickly reveal secrets and see where this is all leading, to see if Becca will leave or stay, if she will stay with James,  if anyone will figure out what really happened the night Amelia died. If your reading has been feeling a little too fluffy lately, then this might just what you ned.