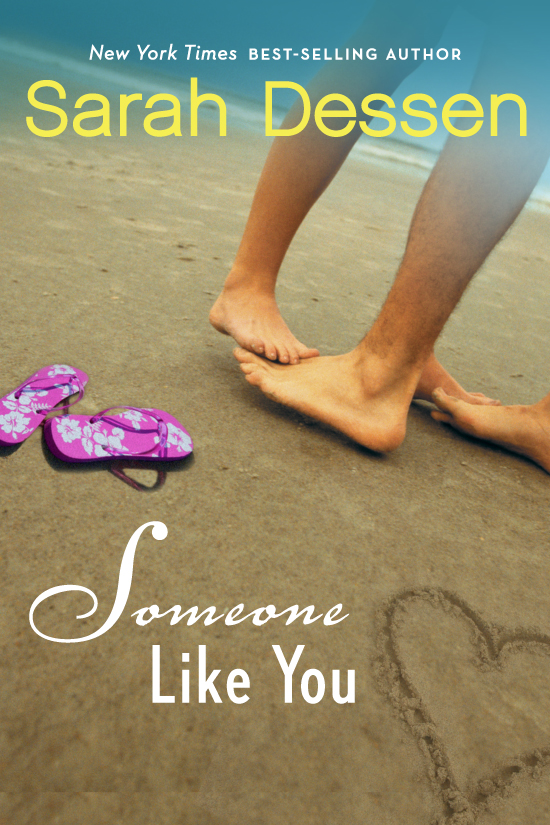 Some time ago, I resolved to re-read the oeuvre of Sarah Dessen in order of publication.

My reading notions proved – as they usually do – a bit ambitious. I did not read any older Dessen titles that year, and in 2011 I only managed two out of ten.

The two I did read –  That Summer and Keeping the Moon – came at a time in the final weeks of August. I had just finished a class that crammed 20 or so books into thirty days, and I marathoned  the last three Harry Potter books before seeing the final movie. I didn’t need a rest – I was on a roll. I was anxious to dive back into another world before the next semester arrived and force-fed me science fiction and fantasy.

It was surprising how well these older Dessen titles sucked me in. I couldn’t put them down, read them while walking, felt sad to trade them for the Chronicles of Prydain as the semester approached. The stories were familiar, since I have re-read since first discovering Dessen in high school, but I read with a mix of new appreciation and nostalgia. What happened on the page didn’t match up with my memory… I read different characters differently, took interest in sub-plots I missed, saw the evolution of Dessen’s distinct settings and characters. And there was a lot I just plain didn’t remember properly. Heck, I even violated the fundamental premise of my reading task by mis-remembering the publication order.

Two semesters later, I finally picked up the one I forgot:  Someone Like You. I remembered that when I was in high school, this book was the popular one, the title that drew many new readers to the Dessen fan club. I also remembered that it seemed so dramatic, so sad; a tragic death right at the start, followed  by teen pregnancy, fitful friendships, and lots of fights with parents. I liked it when I first read it, but never picked it up again while reading other Dessen titles three and four times over. I started to wonder why everyone liked it so much.

But Someone Like You was not the book I remembered. Maybe this says something about me and my experience with female friendships, but I kept waiting for Scarlett to take over. She was the prettier friend, the luckier friend, the one who got to fall in love. She was a pregnant teen, yes, but she was so pretty and so lucky that this transgression was somehow looked over, somehow even worked to her advantage, leaving Halley even further from the spotlight. Halley’s affair with bad boy Macon was a form of self-destructive rebellion, something to be kept secret, away from judging eyes.

I remembered an entirely different book than exists. This time around, Scarlett was strong but Halley was stronger. Scarlett never asked more than Halley wanted to give. Halley wanted a boyfriend – love, sex, excitement – not validation, but either way, the trajectory of her relationship with Macon was heart-breakingly real to me; how every single one of my high school relationships ended.

Reading Someone Like You reminded me that in spite of the unique, visceral pleasure that is Reading a Sarah Dessen Novel, there is something underneath her stories that is a little raw. Bits of truths that make me think about myself and my teenage self and my life a bit differently.

Hiding behind a pretty cover, masked by a cute romance, there is something painful and true in these words, and now that I have some time on my hands, I can’t wait to move through the series again and see how I’ve changed.