I have been having a lively email exchange with my darling Favorite Former Roommate about contemporary young adult realism. Specifically, what the heck is going on with it. Since grad school spat us both out a few years ago (A FEW YEARS AGO?!! WHAT IS GOING ON? WHAT IS TIME?), we’ve been disappointed by most of our YA reading and have been chatting about why that might be.

It was challenging, however, to even *remember* what I’d read lately, possibly because I am old and senile and read too much so the books start to blend together. Another reason to keep writing about books and not abandon your blog for weeks at a time. Ahem.

So without further ado, I present to you The Last Five Contemporary Realism Titles I’ve read this year, with thoughts included.

The Last Five – Contemporary YA Realism 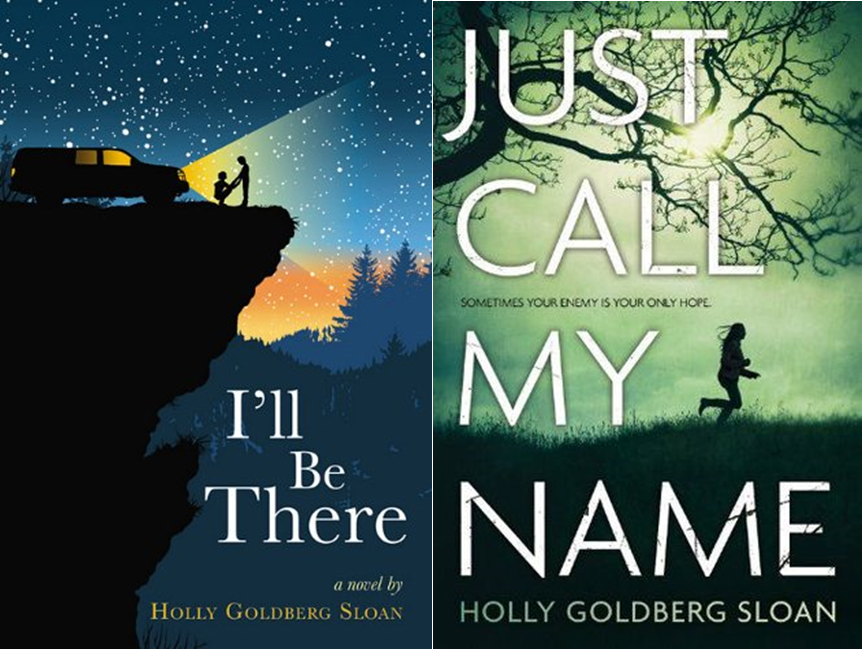 Have I mentioned what an awful, awful Judge-a-Book-by-its-Cover girl I am? Well, it’s true. Much of my book lust is cover-art related. And YA/kidlit covers are just SO GOOD lately, if you haven’t noticed. Now that we’ve forgotten about the 80s and 90s – the Dark Ages of Children’s Book Cover Design – we have entered the much deserved renaissance.

I am starting to wonder, though, if my pernicious YA book-disappointment is also cover-art related. A really lovely book cover piques my attention. A decent sounding premise gets me excited. Then I read a few pages and, oh, the actual *writing* disappoints.

Not the case with these two novels. I swooned over I’ll Be There‘s cover art when it was published in 2011, but I never got around to reading it. When Just Call My Name arrived in my Required Reading docket, I opted to read both back to back. Neither book threw me into fits of joy or whatever, but neither did they disappoint. Sloan writes with a very straightforward tone and her third-person narration dips in and out of nearly every character’s head – very unique and refreshing. The story is romantic, but not swoony-romantic. It’s a love story, but not a story about two characters falling in love. It’s about love in a broad sense – familial love, friend love, romantic love, and how all of that love weaves together in an individual and in a community.And in case that wasn’t enough, there are solid humor and action-type plot lines. Win-win-win. 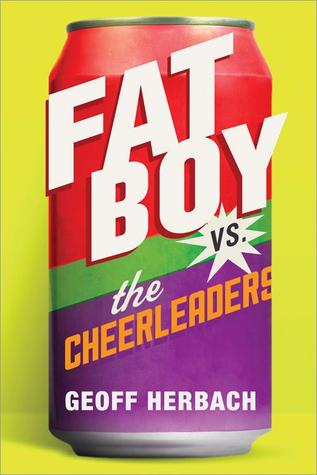 Fat Boy vs. The Cheerleaders by Geoff Herbach

This was one of my treadmill ebook reads. For that purpose, this book was perfect. The punchy, no-holidng-back voice that I adored in Stupid Fast was back, and the emphasis on plot over prose made for an easy book to follow while one’s head is bobbing up and down for miles.

However, I wasn’t terribly impressed by this book in the whole. It was missing some of the pathos and nuance I found in Stupid Fast. It’s possible I am too old for the high school heist story – the Good, Nerdy Kids vs. the Slimy Popular Kids (and their commanding officer Adults). The Good, Nerdy Kids will win. Naturally. Although some late third act narrative twists were genuinely surprising to me, by that point I was just flipping (digital) pages to get it over with.

Also, if I never read another book where an protagonist’s weight-loss and fitness regime served as a central plot line, that would be just fine. 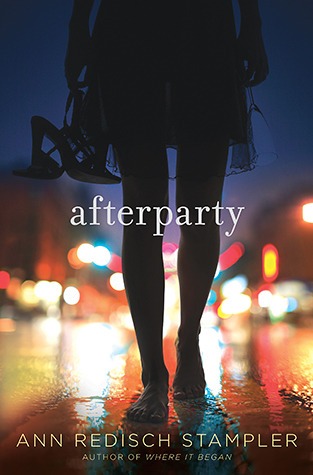 Anybody remember life before Gossip Girl? Before YA books about reckless-and-rich party girls were a dime a dozen? I don’t really know why this trend is still a trend, but plenty of authors are still riding the Pretty Rich White Girls Behaving Badly wave.

That being said, I enjoyed Stampler’s Afterparty much more than I expected I would. The story is fairly standard: Nice, Normal-ish Protagonist is new to a wealthy private school, makes friends with a Party Girl, and questionable decisions ensue. But Stampler gave her protag, Emma, a good, fresh voice. A unique, fluid voice really goes a long way with me – you can write about some crazy stuff as long as you’ve got a protagonist who tells her own story well. I also liked the way Siobhan the Obligatory Party Girl developed over the course of the book. I haven’t really read enough of this Post-GG sub-genre to make definitive statements, but her character trajectory in the last half of the book was startling and added some narrative complexity to an otherwise straightforward story.

A quick aside, however….

So there’s this thing called The Idiot Plot. Robert Ebert coined the phrase. It refers to any number of storylines where all conflict and tension could be easily resolved if the characters involved would just sit down and have a conversation.

This kind of plotline doesn’t necessarily irk me more than other standard storytelling techniques, but I have to say, Afterparty goes to great, great lengths to keep some of its Idiot Plots riding along. There’s a conflict between Emma and her boyfriend, a misunderstanding that he perpetuates and she knows she should clear it up with him. And the misunderstanding is really so very, very minor. Any self-respecting boyfriend would easily sweep it under the rug. However, that would not a 300+ page book make, so Stampler performs ridiculous narrative aerobics to keep these two characters from actually talking about this issue. This scene probably happened a half-dozen times in various ways:

Emma: “Hey, I really need to talk to you about something.”

Boyfriend: “Hush now, woman. I’m hungry and we should get a pizza instead!”

This is a book about bullying. One might call it a “Problem Novel,” if one was wont to use semi-disparaging, non-specific genre labels from the 1980s. Lucky for Maciel, the problem of bullying is most certainly complex enough to devote a novel to. And I think that’s exactly the strength of this novel – it’s not necessarily about individual characters and their hopes and dreams and motivations. Tease is about a compounding series of decisions and consequences that lead a sixteen-year-old to suicide. The plot is not left in the hands of the characters, necessarily, although Maciel does give her protagonist a satisfactory redemptive arc. The plot is in between the characters actions and their motivations – none of the teens meant to lead a peer to kill herself, but yet all of them, in small or large ways, did just that. Their decisions were not malicious. Their decisions were bred from insecurity, social climbing, and other teen angst that otherwise proves innocuous. Until, of course, it doesn’t.

The characters definitely take a backseat to the conglomerate effects of Bullying. A lot of reviewers and bloggers have called out Tease for featuring some phenomenally unsympathetic characters. I try not to steer my reading experience toward identifying which characters I like or dislike, but reading the first few chapters of Tease was challenging for me just because I am so definitely NOT the protagonist that I almost couldn’t comprehend the story. This is from the POV of the bully, so it’s natural to see a protagonist in a negative light here, but I found her character so young and naive and preoccupied with her own social concerns that it was baffling. But from the eyes of a teen reader, who may be facing these same social concerns to some degree, might our protagonist be read in a more sympathetic light? Am I becoming an old fogue, no longer able to step into the shoes of a teen character who hasn’t been sufficiently “adultified?” My Favorite Former Roommate and I were gabbing about this a little bit. I think it’s normal. Some breeds of YA are more universally appealing than others, and yeah, some YA stories and characters are more adult-y than others. I think what’s important, as adult readers and critics and gatekeepers in general, is that we don’t let this personal inability to sympathize prevent us from reading a book fully and from giving a book credit when it’s due. Sure, this book had a lot of shallow teens who thought of nothing more than boys and partying and what the world owed them. But Tease also provided a truly dynamic, morally ambiguous portrayal of an aspect of high school culture that does exist and should be talked about. Whether or not I wanted to be best friends with the narrator is really besides the point.