This week I was reading two books at once. As I am wont to do. I was actually reading like, five books at once, but the two books I’d like to mention are Kate DiCamillo’s Flora & Ulysses and John Green’s The Fault in Our Stars. 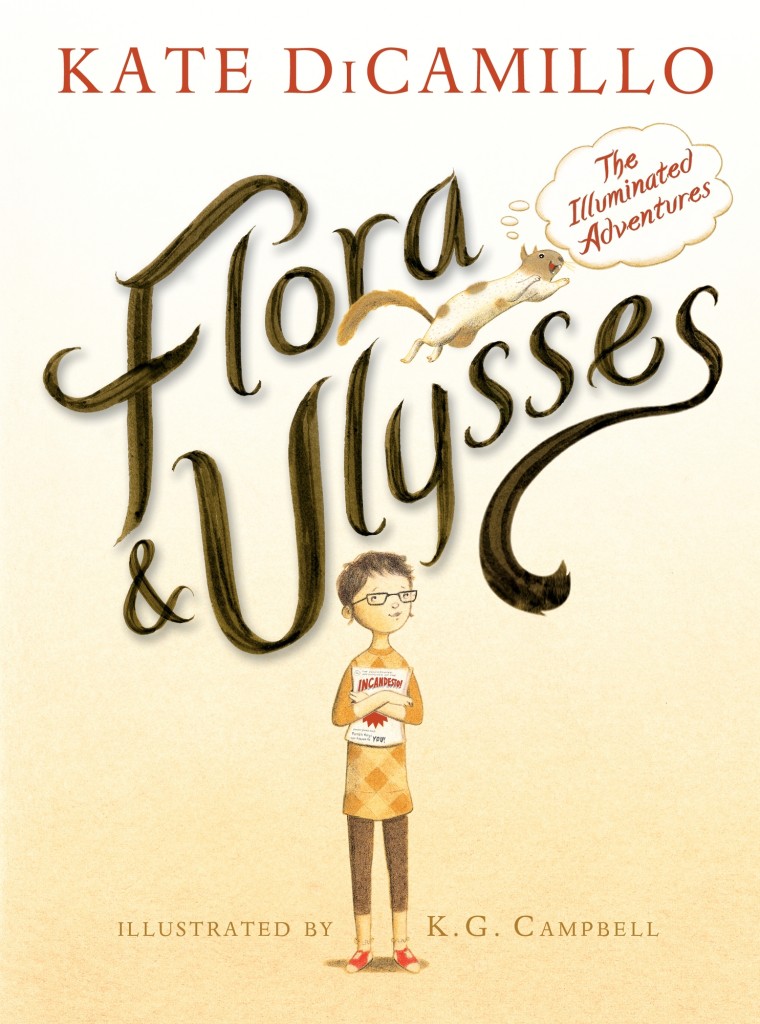 Flora & Ulysses is Kate DiCamillo’s latest middle grade novel. It’s on the National Book Award long list. It stars a precocious, cynical 10-year-old who loves comic books but finds her parents irritating. She finds a squirrel who has superpowers and has to defend him from the evils of everyday people who don’t think squirrels can have superpowers and want to hit him over the head with a shovel. 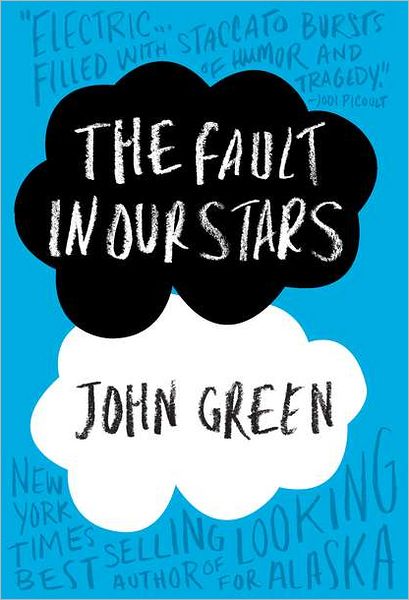 You may have heard about this book called The Fault in Our Stars. Once or twice, at least. It stars a precocious 16-year-old realist who loves an obscure book by a reclusive author. She finds a cute boy who has an artificial leg and they fall in love and go to Amsterdam.

I would argue that Flora Belle Buckman and Hazel Grace Lancaster are kindred character sisters. They both have a similar perspective of the world, a distinct point of view, a sense of humor. Flora could have been a younger, pre-cancer Hazel… or at least Hazel would have been Flora’s favorite babysitter.

I liked both of these books a great deal. While I was reading Flora & Ulysses, I was tickled by DiCamillo’s punchy dialogue and silly characterizations – especially her unnaturally verbose child characters. I think my favorite line was Flora’s friend William describing his father:

“My father, my real father, was a man of great humanity and intelligence… also, he had delicate feet. Very, very tiny feet. I, too, am small of foot.”

This kind of wordplay just tickles me. Is this a necessary character detail? No. Is it over-the-top? Yes. Do kids talk like this? Absolutely no.

You know who else talks like this? Hazel Grace and her boyfriend Augustus. I am similarly tickled when their “Lonely, Vaguely Pedophilic Swing Set Seeks the Butts of Children.” Is it over the top? Yes. Do teens talk like this? Probably not.

I just think it’s so sad that there have been so many reviewers who dismissed The Fault in Our Stars entirely based on this point. I get that Green’s dialogue rubs many readers the wrong way, that he shows his authorial hand more than others, but I don’t think either of those rationale are reason to completely pan a book. And most negative reviews I’ve read are by reviewers who aren’t actually terribly familiar with YA in general; to such reviewers, for a character not to seem Teen-y enough is criminal. When you dwell in a world where most of your friends, colleagues, and fellow professionals have a respect for YA, it’s easy to forget that the rest of the book-reading populace – professionals included – think YA exists only to portray teens realistically.

Their hamartia? (Thanks, Hazel) If you are a reader casting a judgment over a book for not portraying teenagers accurately or realistically, you are also arguing for a particular view of Teen-hood, of childhood. One that is flavored by your own experiences, perspectives and biases. One that may be accurate, but probably isn’t.

I don’t think there’s anything wrong with not liking Green’s dialogue. But in general, I think we hold YA up to a lot of bizarre standards that nobody requires of adult literature, or even children’s literature. Nobody is lambasting little Flora Belle Buckman for exercising her flamboyant vocabulary all over DiCamillo’s book. Nobody who reads adult literary fiction feels it necessary to analyze whether or not the average adult would utilize a particular fictional cadence or turn of phrase. It’s annoying. It perpetuates false perspectives of teen literature and teenagers. It’s lazy. It’s professionally irresponsible.

I think Flora and Hazel would approve of this diatribe, too.