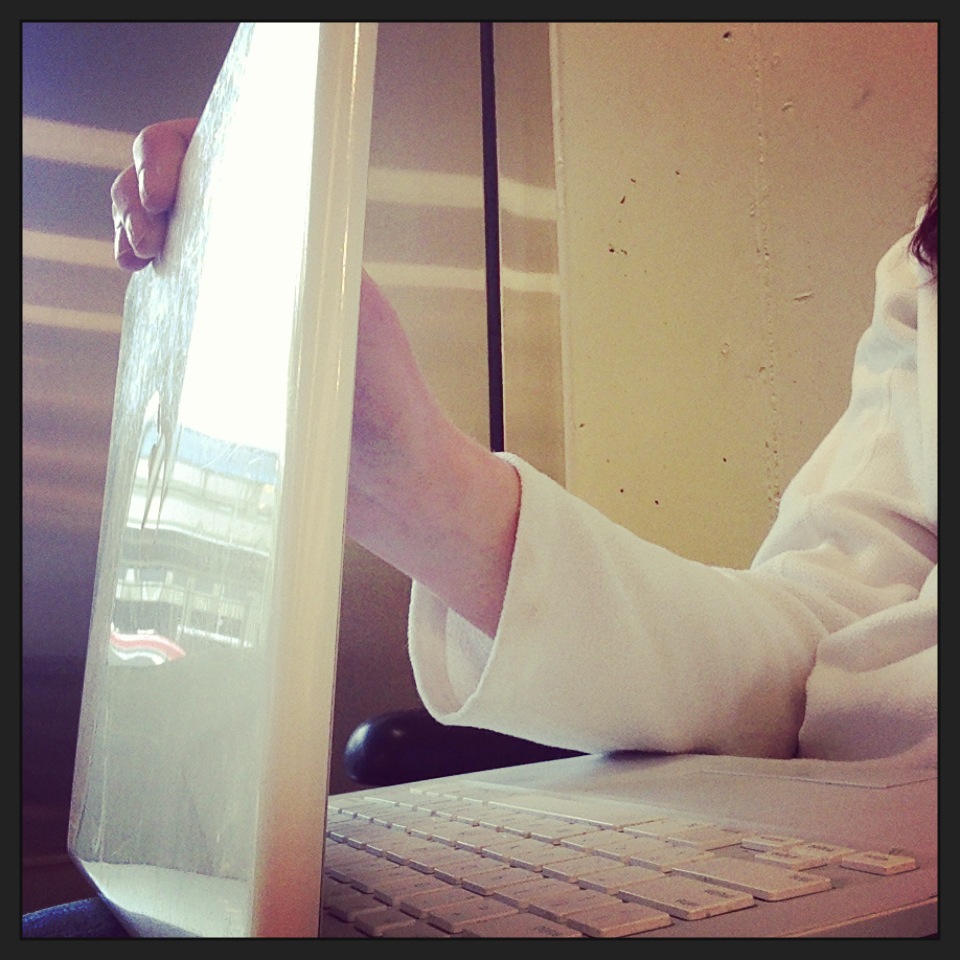 This morning, I read Evan Roskos’s Dr. Bird’s Advice for Sad Poets, which, appropriately, had me thinking about Walt Whitman.

Look guys, my relationship with literature is a bit fraught. I have read parts of Leaves of Grass over the years, but they didn’t sink into my psyche or anything.

They’ve sunk into the fictional psyche of Roskos’s James, sunk in hard. Which reminded me of John Green’s Q in Paper Towns – another fictional YA character with a personal relationship with Mr. Whitman, Leaves of Grass in particular. And then there’s my favorite Walt – Walter White. I might not be a Leaves of Grass scholar, but come on – his name is Walter White.

There is something that Mr. Whitman captured over a hundred years ago that resonates.

I wrote my first blog post on April 15th, 2003. I’ve been at this for ten years. I have been a blog reader for just as long. That is many, many, many, many hours devoted to writing about myself, the things happening to me and the things that interest me, and reading about the lives of other people.

Lately, though, my blog annoys me. Probably because, lately, *I* annoy me. As I settle into this non-student life, this 9-5 life, it is clear to me that I am just not that interesting. Really. There’s only so much I can say about this small expanse of the world in my purview. There’s only so much I want to think about it. I roll my eyes at my narcissism, my lack of interest in many important things (see: the poetry of Walt Whitman) but my endless, ENDLESS appetite for micromanaging my own life. It’s annoying.

But I don’t think it’s a lost cause, the personal blogging thing. I am only annoyed by 95% of the world’s blogs. The remaining 5% I love, I love, I love. I will read anything these ladies and gents write – even cross-promotional, peppy, bullshit life lessons – until the blogs go off the air and then I will mourn the loss.

The difference? Those 5% are the writers. I can tell. You can probably tell, too.

I don’t know what Evan Roskos would say about this, or fictional James Whitman, or Walt Whitman, or even Walter White, but maybe, 10 years later, writing this little blog is how I wake up and celebrate myself. Which is different than promoting oneself or flagellating oneself or stroking one’s own ego.

Even if I can’t decide what to write. Even if my book reviews really lack critical focus or general clarity. Even if only ever have a handful of readers. Even if I write about the same things over and over again. Even if I am happy or sad, 18 or 28. Even if I occasionally annoy myself beyond belief.

I will always do my best to do good work here, whatever that work ends up looking like.